The City and County of Hamilton were named after James Hamilton Jr., an American lawyer and politician. Hamilton Jr. served as the 53rd Governor of South Carolina and personally loaned $216,000 to the Republic of Texas - thus making him an important member of Texas history. Hamilton drowned when his steamboat sank in 1857 off the coast of Galveston, after yielding his seat in a lifeboat to a women and child.

In 1854, Robert Carter and family became the first permanent settlers of Hamilton County. Other settlers followed in the next year. In 1856 the Sixth Legislature formed Hamilton County from parts of Comanche, Bosque and Lampasas counties.

In 1858, the City of Hamilton was named the county seat. Though settlements in Texas were ever growing, Indian tribal presence was still known. One Comanche raid lead to the harrowing death of Hamilton school teacher, Ann Whitney. 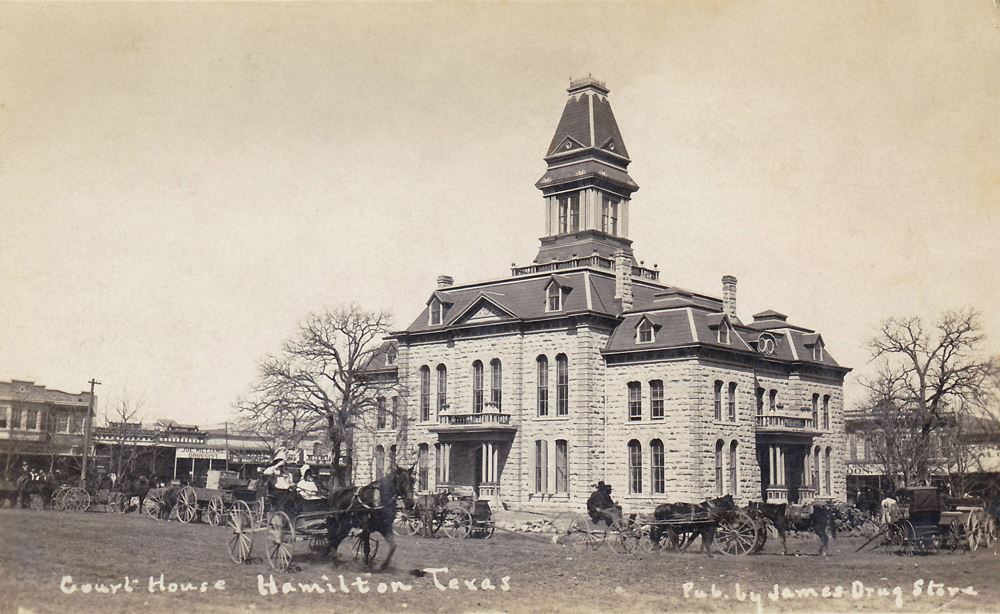