Gravesite of Billy the Kid

The gravesite is located north of town, on the east side of 281 N. The grave is visible from the road and marked with a granite arch inscribed “Billy the Kid."

About "Brushy Bill"/"Billy the Kid"

The Hamilton, Texas, grave belongs to William “Brushy Bill” Roberts, who waited until 1949 (at nearly 90 years old) to confess that he was the Kid. Brushy Bill’s distinctive eye color and multiple scars were reportedly perfect matches for Billy the Kid.

Looking to pursue a pardon he was promised in 1879, Brushy Bill traveled to New Mexico in 1950 to meet in a private hearing with the current governor. The pardon was denied. Less than a month later he collapsed and died while walking to the post office in Hico, Texas (just 20 miles north of Hamilton). Some say that Brushy Bill, who was remarkably fit for his age, died of disappointment. 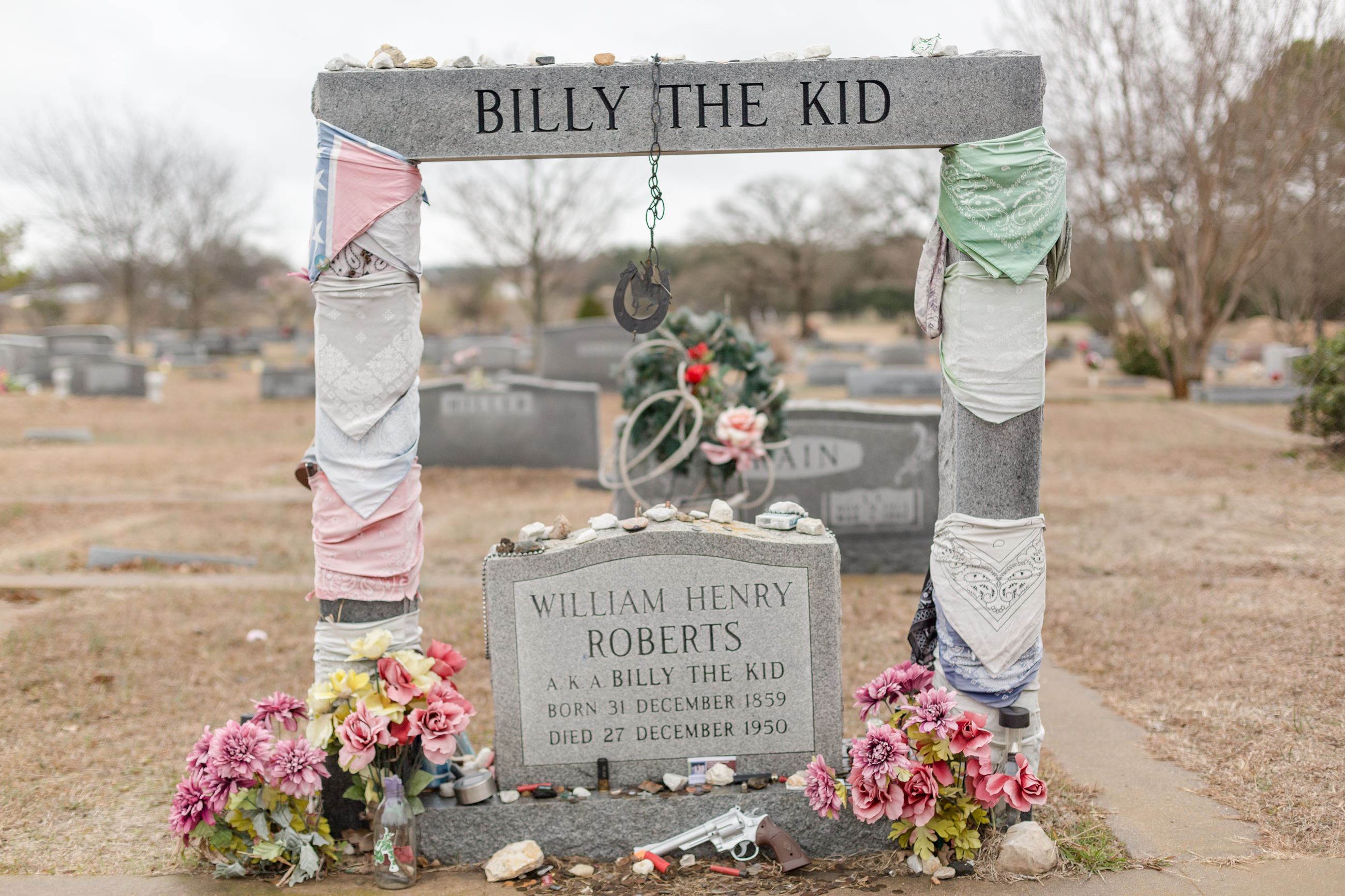